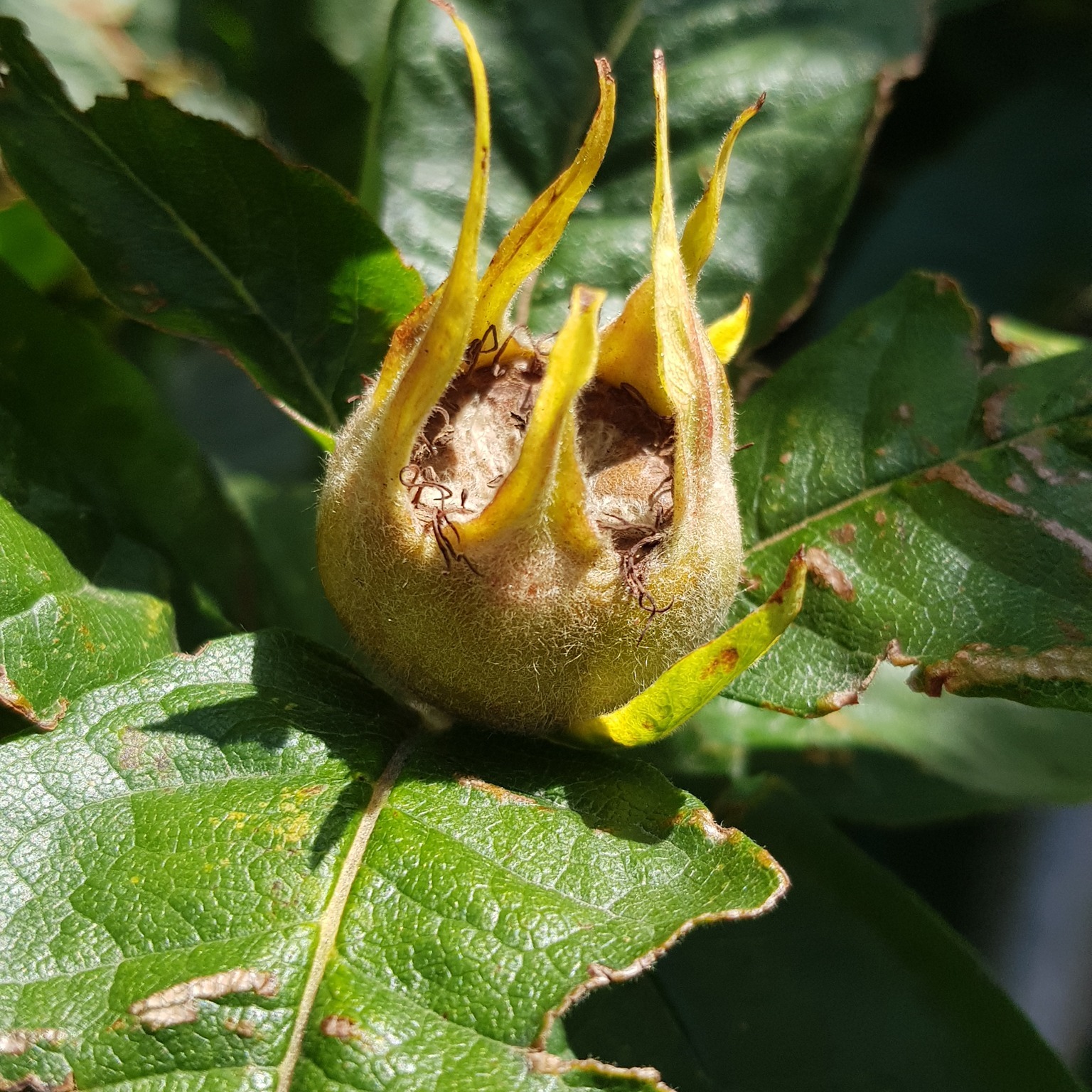 A curious fruit in the food forest is the medlar (Mespilus germanica), an ancient fruit and heirloom variety which has been cultivated for over 3000 years.

It is a tree that produces fruits in late Autumn and early Winter. As it is a member of the rose family, it has fruits reminiscent of Rose Hip. The fruit is generally acidic, but edible and delicious when the fruit softens. If allowed to remain on the tree, the skin becomes brown and wrinkled and the inner flesh turns soft in a process called ‘bletting’. Once this process is complete, the fruit is said to taste like apple butter, with hints of cinnamon, and vanilla. They are known for making into stews and jams – but the felsh can also be scooped straight from th e fruit and eaten!

The unfortunate appearance of the fruit gave it many nicknames throughout history. In France, it was known, among other things, as “la partie postérieure de ce quadrupede” (the posterior part of this quadruped), and cul de chien (dog’s bottom). Most names were a variation of that – a common name being the “open-arse”. In literature, great writers such as Shakespeare and Chaucer used medlars to convey the loss of womanly virtue. In The Honest Whore, Thomas Dekker wrote: “Women are like medlars, no sooner ripe but rotten”. Medlar fruits were also used as an analogy to old age, or a rotten personality.

Despite their appearance, we grow them in our garden because they are low maintenance and have little pests, are pretty when flowering, attracts bees, and, of course, produce edible food!

Everything in our food forest has a purpose, and helps to create a self-sustaining food forest for now and the future. See it in action at the Otakaro Orchard, 227 Cambridge Terrace in Central Christchurch.